Technical Assistance to the Plovdiv-Svilengrad Electrification Project in Bulgaria. The project line (extending to the Greek/Turkish border) is part of the Trans-European transportation corridors IV and (in part) IX, and provides the main railway connection between Central Europe on one hand, and Turkey and the Middle East on the other.

The length of the line that was electrified and upgraded is 151km and the works contracts included upgrading of track (partially doubled), stations, power supplies and reconstruction of some buildings in stations and halts, construction of new traction substations, upgrading of grade level crossings or replacement by overpasses/underpasses, signaling and telecommunications etc.

The services contract was technical assistance to support the Project Management Implementation Unit (PMIU) of the National Railway Infrastructure Company (NRIC) in all its activities related to the daily operations of the project during its implementation, up to the complete commissioning and financial completion of the project.

The overall budget has been set at € 340 million, to be funded by EIB, ISPA fund of the EU and the Bulgarian Government. The project was awarded in 2005 and completed after several extensions of the services contract in 2016.

In his capacity of Lead Partner, ADO’s services included tendering of works contracts, monitoring of the progress of the work of the Contractors and the Supervision Manager, reporting on a regular basis to the financing institutions, advice in search of solutions when problems arise, and training and daily know-how transfer to PMIU and other government staff.

In 2008 ADO SA as a Leader of a consortium comprising 2 Greek Consulting Firms was awarded to provide Technical Assistance Services for Phase 2 – Preparation of technical and tender documentation for 24 Industrial zones in Bulgaria, identified as locations by the Phase 1 of the Industrial Zones development project.

The second phase of the project (Phase 2) had as its main task to provide technical assistance for the preparation of the required technical and tender documents for the execution of the infrastructure projects within the identified in the Phase 1 locations including the tender documentation for the supervision of works to be carried out. The completion of the project was in December 2009 and the total budget of works contract was € 2.146.485.

In 2007 ADO SA, as a member of a Consortium of Greek Companies, participated in the Provision of Project Management and Technical Assistance Services to the Administrative Authority of North Road Axis of Crete, providing Technical Consultant Services to the Ministry of Infrastructure, Transport and Networks of Greece.

The main scope of the contract was to ensure to the largest extent the construction of the co-financed projects with fully prepared designs already approved before the tendering procedure as per circular 37/95 and 27/97 of Ministry of Public Works, without changing the physical or financial objective of the works contract after the assignment unless unforeseen conditions arise, which did not prior exist as defined by the respective legislation. 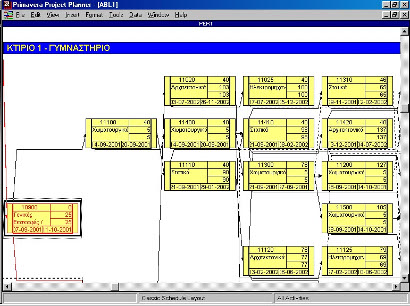 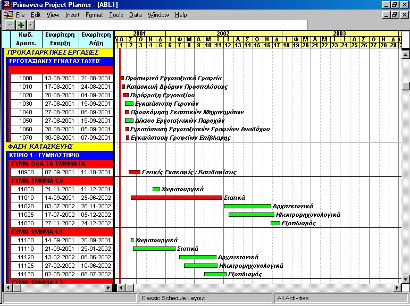 Design Review of the Deva-Orastie Bypass in Romania. This contract had been assigned in 2006 to a consortium of international consultants where ADO participates with a share of 50%. The duration was 16 months for the design review, updating of studies and tender documents.

In more detail, the type of services provided are as follows:

In November 2005 ADO SA in coordination with two other Greek companies were assigned as Technical Consultants for the project “Underground Parking at the Block 34 in Metamorfosi Area of Athens”. The scope of work for the Technical Consultant included issuing of tender documents and participation in the procedure of selecting the contractor, time and cost control of the project, design review and construction management.

ADO SA in cooperation with a French company have established "SCETADO" Joint Venture offering technical advice services to the Greek Ministry of Public Works for the Project Concession Contracts for Motorways in Greece / Technical Consultant B - Other Axes (2001 - 2004).

ADO SA and an international company have been assigned within the frame of “2002 National CARDS Program” the Project “Technical Assistance to the Development of Local Infrastructure” (EUROPEAID/113950/D/SV/MK) in FYROM. The contract was signed in 2003 and its fee was € 2.900.000.

In the context of this project the Consortium of Consultants provided the required technical support to the program of the decentralization of local municipal services, as it was defined in the adopted law of January 2002 by the Government of Skopje for the upgrading and strengthening of the role of the local government in managing municipal infrastructure.

The program objectives were the support of the economic and social development through a decentralization process, aiming to improve access to municipal services. These objectives were achieved with the implementation of small-scale infrastructure projects in disadvantaged areas as well as in areas affected by the crisis of 2001.

Consultant Services for the re-organisation of the Technical Services of Thermaikos Municipality (2000 - 2002).