In 2007 ADO SA undertook Project Management Services for a Building Complex in Bucharest, Romania that consisted of a basement, ground floor and six floors.
The building was built on a plot of 460m2 with a facade in a central artery. The adjacent buildings were old and protection measures had to be taken to avoid damage during work. This fact, combined with a high aquifer (1.50m from the surface of the ground) led to the construction of a perimeter pillar to ensure the safety of the buildings. The seismicity of the area also imposed a foundation system with piles (14m depth) on which a pavement that forms the basement floor was laid. The bearing body of the building was of reinforced concrete. The total covered area of ​​the building was approximately 3,000m2.
The Project Management assignment included the support of the Client, after the completion of the construction, in formatting and using one floor as office for their company and selling the remaining of the building to different individuals. 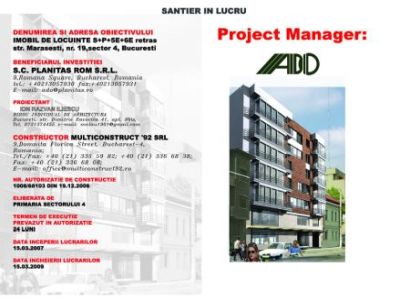 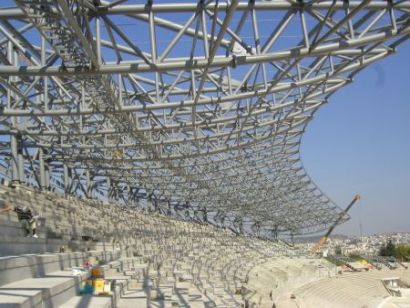 ADO SA as leader of a consortium comprising three Greek companies, offered Technical Support and Management to the DΕΕΑP/MEPPW for the Coordination and Administration of Olympic Rehabilitation Projects (2002 - 2004).

The provided services included preparation for tendering, evaluation of offers, construction management and handing over management, administration and coordination, quality assurance, time & cost control for all the above seven stadiums (Ministry of Culture , 2001 - 2004).