In 2007, a service contract was signed between the Ministry of Regional Development and Public Works of the Republic of Bulgaria and a joint venture of ADO SA with Greek and international companies for the project: “Technical Assistance for Preparation of Future CBC Programs between Bulgaria - Greece”.

The overall objective of the project was to support the Bulgarian central and local authorities, involved in the joint bodies established under the CBC Program in the implementation of their tasks.

The purpose of this contract was:

In 2007, a service contract was signed between the Central Finance & Contracts Unit, Ministry of Finance of the Republic of Bulgaria and a joint venture of ADO SA with Greek and international companies for the project: “Creating Project Pipeline for SF Applications – Project Generation Facility Elaboration of ERDF Project Proposals”.

The overall objective of the project is to enhance the efficient expenditure of Structural Funds (ERDF) resources in “Competitiveness” and “Regional Development” Operational Programs related measures in the programming period 2007 – 2013.

The purposes of this contract are as follows: 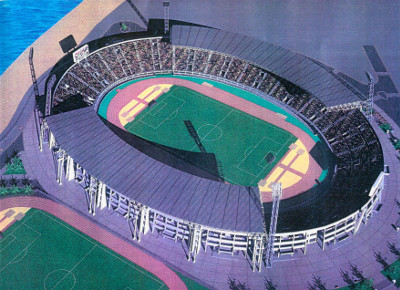 ADO S.A. as a member of the J/V “ATHLESIS 2004” comprising three Greek companies, signed a contract with the Ministry of Culture/ General Secretariat for the OlympicGames for the rendering of Supervision Services to the Technical Projects included in the Program “HELLAS 2004” and to those that are being brought forward because of the Olympic Games, which would take place at the four Olympic Cities, Ancient Olympia and Igoumenitsa, as well as the projects of the sub-programs: Pre-Olympics Training Sites Network and Training Sites Network.

The contract was signed in 2003 and its budget was € 1.628.477. The participation rate of ADO SA to the Joint Venture, of which is also the manager, is 40%.
The Consultant’s scope of work includes the following groups of services:

The Project Special Preparatory Program for Structural Funds in Bulgaria - Institution Building Component (SPP-IB/TA), was a Technical Assistance Project with the following objectives: Mainly to help Bulgaria to apply and manage the 3 available pre-accession financing instruments: PHARE, ISPA and SAPARD and build the necessary know-how that will allow Bulgaria to benefit from the Structural Funds and the Cohesion Fund after accession to the EU.

Technical Advisors for the Project "Communication Strategy, Action Plan and Publicity Proposals Implementation for the Regional Operational Programs (ROP) of the North and South Aegean and Crete Regions." The advisory services aimed to transfer to the advertising consultant the know-how and background of the ROP's in the three subject regions (1998).

ADO SA as leader of a 3 Greek companies Joint Venture elaborated the technical and financial Management of the Regional Operational Programs for Attica Region (Athens), aiming to the maximum absorption of the first Community Frame Support funds of EU. The project included the technical checking and monitoring of 1.200 projects, the upgrading of software and the evaluation and reconstruction of the program, aiming to successful completion of projects (Ministry of National Economy, 1992-1995).